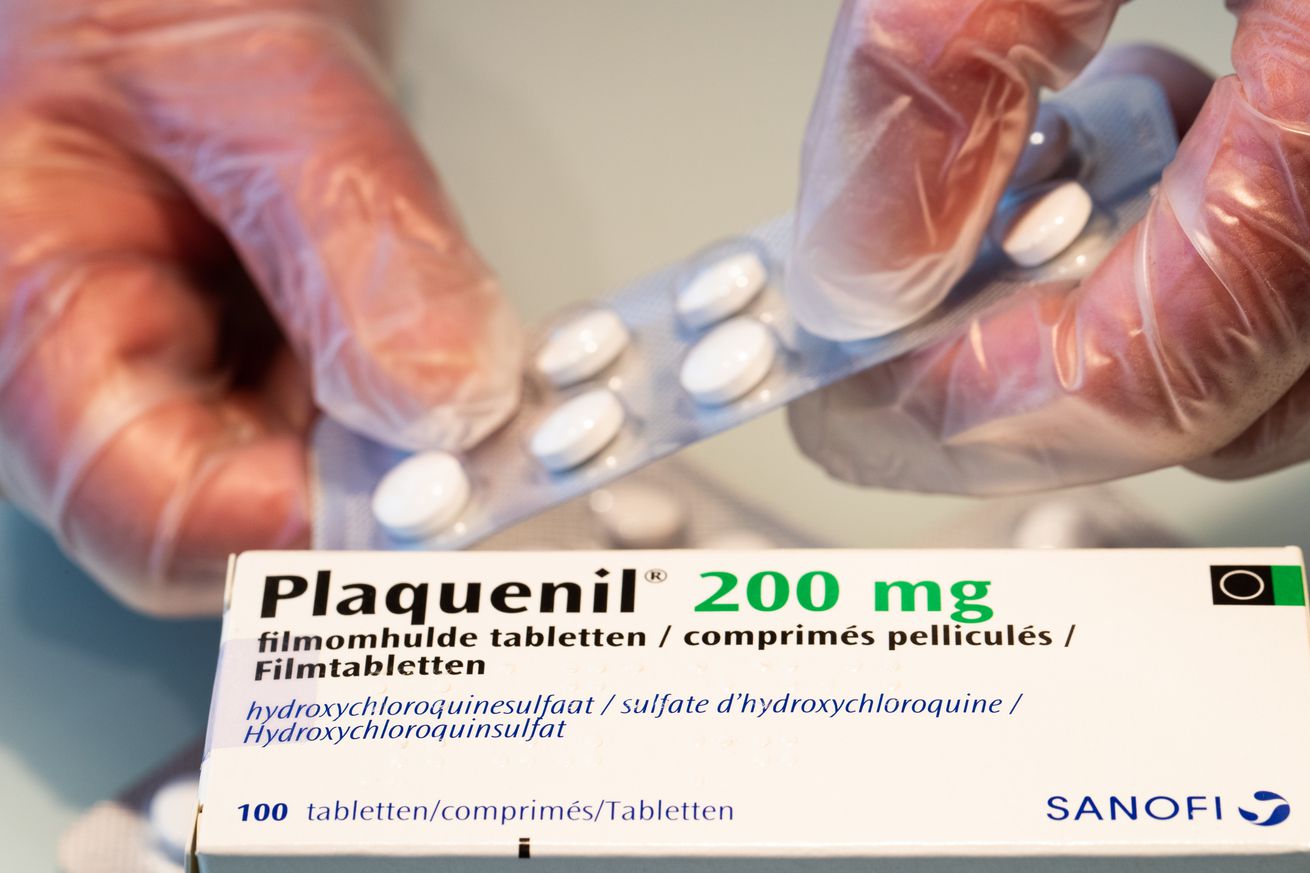 Since late March, President Donald Trump has been promoting the antimalarial drugs chloroquine and hydroxychloroquine as treatments for the novel coronavirus. Among other things, he’s described “strong, powerful signs” that the drugs work and called them potentially “one of the biggest game-changers in the history of medicine.” That will be fantastic if it proves true, but right now, we have no idea. As the hype around the drugs has grown, it’s demonstrated that disinformation isn’t always a social media problem. And it’s forcing platforms and traditional media to grapple with preventing powerful people, not just anonymous trolls, from twisting the truth.

Researchers are still testing hydroxychloroquine, also sold under the name Plaquenil, as a COVID-19 treatment. There’s been a study with tentatively positive results (and some serious limitations), but also a few studies that show little to no therapeutic effect. Proponents have offered anecdotes about people who tried hydroxychloroquine as an experimental treatment and recovered, but those don’t definitively tell us whether the drug was responsible, especially while researchers know so little about the disease. There’s even less evidence that the drugs prevent COVID-19, despite an assertion made by Trump and others in the White House that doctors recommend “taking it before the fact.”

The new coronavirus is spreading through the US, and several states have made emergency declarations. The World Health Organization has declared it a pandemic. Here are the basics:

EVERYTHING YOU NEED TO KNOW ABOUT THE CORONAVIRUS

These repeated promises aren’t simply missteps or honest mistakes; in fact, they conflict with messaging from Trump’s own coronavirus task force. And while the president has at least kept his statements relatively vague, the general rush to hype the drugs have come into direct conflict with platforms’ medical misinformation policies.

Twitter recently removed a video from Brazilian president Jair Bolsonaro, who asserted that the drugs were “working in all cases.” (It also removed Venezuelan president Nicolás Maduro’s claim about a virus-stopping “brew.”) It took down tweets from Trump attorney Rudy Giuliani, who called the treatment “100 percent effective” after touting a New York doctor’s dubious claims about a cure, and Fox News host Laura Ingraham, who misleadingly described a patient’s “Lazarus”-like recovery. Facebook also removed the Bolsonaro video and flagged the “100 percent effective” claim as false.

Web platforms often struggle to police rule-breaking posts by politicians. But as Bellingcat writes, these posts aren’t even a tricky moderation call: “doctors do not advise people to take chloroquine to treat or prevent the novel coronavirus, and so anyone saying otherwise is clearly spreading disinformation.” Services like Twitter and Facebook have typically given wide leeway to political figures, generously interpreting harassment or misinformation policies and — in Facebook’s case — arguing against fact-checking their ads. The coronavirus, however, has created a new sense of urgency and a greater threat of harm. Bad information about an ongoing pandemic can do immediate and tangible harm, so harsher moderation is easy to justify. But in this case, some of that misinformation is coming from the most powerful people in the world.

THIS DOESN’T FIT THE STEREOTYPE OF (METAPHORICALLY) VIRAL MISINFORMATION

The bombastic promises about chloroquine and hydroxychloroquine have the hallmarks of a medical advice post from a sketchy Facebook page, but they aren’t dredged from the depths of the web. Wired credits much of the drug’s prominence to a more moderate online proposal written by a blockchain investor and lawyer, then circulated by — among other people — Tesla and SpaceX founder Elon Musk. One of the authors discussed the drug on Fox News, where hosts like celebrity doctor Mehmet Oz have since promoted it more than 300 times by one count. Soon after that first appearance, Trump began talking about chloroquine. The hype got a little more pronounced with each step until it was not just a potential treatment but a nearly surefire cure.

Almost nobody in this saga fits the stereotype of a misinformation purveyor: someone who’s uninformed, undereducated, hopelessly internet-addled, a pill-hawking scammer, a Macedonian teenager, or a Russian troll. They’re successful businessmen, non-internet media, and the literal presidents of two countries. These are the metaphorical adults in the room — the categories of respectable gatekeepers who are supposed to be holding our consensus reality together. Instead, social media companies are taking the rare step of policing world leaders and other political figures.

Twitter and Facebook spent the past several months trying to layout policies for when politicians could lie on their platforms. TV broadcasters — which hold themselves to much higher editorial standards — are now trying to draw their own lines. CNN and MSNBC started cutting away from Trump’s confusing and sometimes factually incorrect speeches when they go off-topic. Advocacy group Free Press submitted a scorched-earth complaint to the Federal Communications Commission, urging it to investigate stations airing Trump’s false statements under the “broadcast hoaxes” ban. (The FCC denied the petition, declaring that “we will not censor the news.”) The request echoed the common calls to make platforms ban misinformation — but for a medium, that’s not usually seen as a target for regulation.

There are long-standing complaints about Trump distorting the truth and media inadvertently amplifying his false statements. But this is a clarifying moment for outlets that have struggled to differentiate misinformation from political spin because this premature hype for chloroquine and hydroxychloroquine treatments is so sustained, specific, and potentially harmful. At best, it misinforms people during a crisis. At worst, it encourages taking drastic measures to get these drugs, leading to tragic mistakes. One man died last month when a couple drank fish tank cleaner containing non-medicinal chloroquine phosphate. According to his wife, they got the idea after watching the press conferences on television, where “Trump kept saying [chloroquine] was basically pretty much a cure.”

Lots of clearly false claims are still spreading and mutating primarily online, including people selling fraudulent cures that couldn’t possibly work, not just ones that haven’t been proven effective. The chloroquine story, though, demonstrates the limits of discussing misinformation as a social media or critical thinking problem. It’s not a case of online mob mentality or a new technology gone wrong. It’s an entire information ecosystem straining under a few powerful people’s deliberate disregard for the truth.

The idea of social media companies keeping elected officials and TV networks in check seems completely backward, but that’s what has happened here and probably not for the last time. It’s a blow to the idea that we can return from the chaos of social media to a simpler era of trustworthy, centralized media or authority figures. But it’s also a heartening sign that disinformation policies are getting applied to everyone — not just the less powerful.