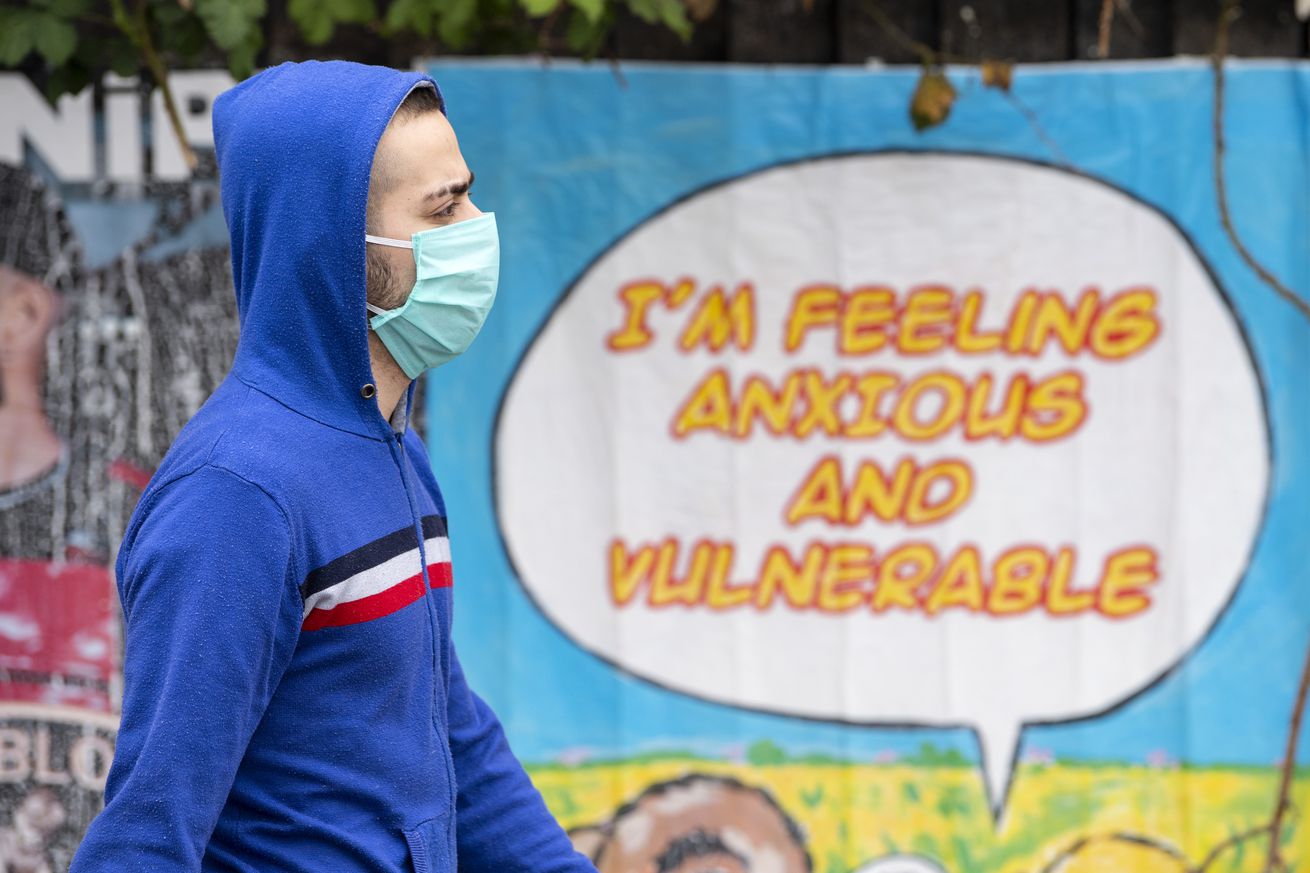 Even if you don’t think you spit when you talk, you definitely do — and a new video highlights that spit with lasers. The video, published in The New England Journal of Medicine, showed how the spurts of particles released when someone said “stay healthy” at various volumes. Then, it showed how the particle volume changed when the same person said “stay healthy” with their mouth covered by a damp washcloth.

The video, and other visualizations like it, are useful ways to understand that stuff flies out of your mouth all the time, not just when you cough or sneeze. Those respiratory emissions are one of the ways experts think the novel coronavirus spreads. But depending on how they’re made, these types of demonstrations can be misleading — and could give people a false sense of security.

Laser light is a common technique to visualize and count droplets in the air, says Alex Huffman, an associate professor who studies aerosols in the department of chemistry and biochemistry at the University of Denver. Huffman was not involved in the video, but he says this demonstration with the technique is a useful way to show that just talking can still send spit flying.

“You’re visualizing that qualitatively to say, I see stuff coming out of my mouth when I talk, and when I stick something in front of my face, less comes out,” he says.

That’s the goal behind the recommendation from the Centers for Disease Control and Prevention that everyone wear makeshift face coverings when they’re out in public. People can spread the novel coronavirus even when they don’t feel sick. If they pull something tight over their mouths, they might not emit as much virus when they talk or breathe — cutting down, even if just slightly, on the risk they’ll pass it to someone else.

Visualizations, though, are only as instructive as the parameters under which they’re made. The NEJM video’s laser only captured particles between 20 and 500 micrometers (the width of a human hair is around 75 micrometers). People also produce particles a lot smaller than that when they talk and breathe, and smaller particles can still carry microscopic bugs, including the novel coronavirus.

“A visualization that’s relatively simplified and looks at only the big stuff or overemphasizes the big stuff implies you’re stopping most things, where you might be sending a lot of the small stuff through the material,” Huffman says.

In addition, particles below 20 micrometers behave differently than larger particles. “These smaller droplets would hang around in the air longer, and they are likely to be far more numerous that the ones shown here,” Linsey Marr, a professor of civil and environmental engineering studying transmission of viruses in aerosols at Virginia Tech, said in an email.

The NEJM video was produced by researchers at the National Institute of Diabetes and Digestive and Kidney Diseases, who noted in a statement that it was only an observation, not a traditional experiment. They said that they’re working on new research that would help them characterize the behavior of droplets at a wider range of sizes. “This could help us understand how to mitigate the spread of COVID-19 and potentially other viruses,” the statement said.

Demonstrations that don’t include the full range of what someone might spray out when they talk are still useful, Huffman says. He worries, though, that they could offer a false sense of security, and give the impression that covering your mouth stops most of your personal exhaust. In fact, most of the fabrics people might use to make makeshift masks — like cotton t-shirt fabric — only filters out a small fraction of it. That small amount is better than nothing, and could still disrupt the transmission of something like COVID-19, but it’s not an impenetrable wall.

Videos like these, then, should only be a starting place. “It emphasizes the principle, and then you dig down a layer to get some of the more information,” Huffman says. “But it doesn’t solve everything — just like the mask itself.”