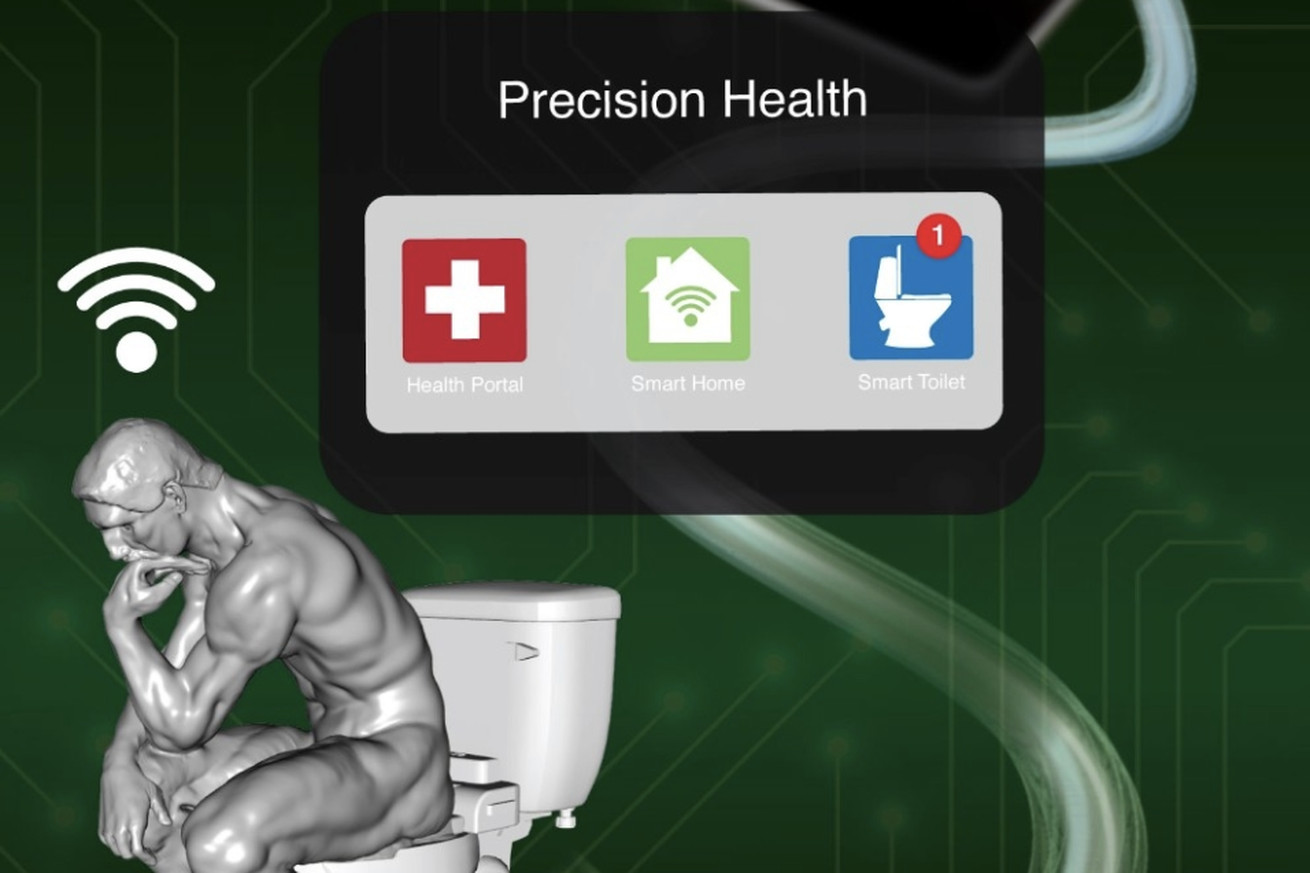 A prototype smart toilet that can identify you by your “analprint” and monitor your trip to the loo has been created by researchers at Stanford University. It’s equipped with cameras and sensors that collect information on your bodily waste, and it uses that data to look for any health issues you might have.

The “analprint” is the toilet’s primary way of identifying each user. Much to the authors’ dismay, it’s also the aspect of the toilet that’s gotten the most attention since the paper describing the proto-toilet was published in a press release and the journal Nature Biomedical Engineering on Monday.

“It’s a minor part of our system,” Seung-min Park, a senior research scientist at Stanford University and the paper’s lead author, told The Verge.

The idea for an analprint was sparked by Salvador Dalí, who discovered that “the anus has 35 or 37 creases, which are as unique as fingerprints,” Park wrote in a blog post. The prototype device — which is modular and can be attached to most standard toilets — uses a Raspberry Pi paired with a camera to capture each person’s unique analprint as they sit down to use the toilet, ensuring the data it captures is associated with the correct person.

The real action happens after the person sits down, according to Park. Inside the toilet, there are cameras to capture images of the person and their waste, motion sensors to detect urine streams, and medical sensors to analyze what’s inside the excrement. To further distinguish an individual, the smart toilet also includes a fingerprint scanner on the lever.

During the first study, the smart toilet collected urine and stool samples. The researchers created an algorithm to determine “urodynamics,” which details the flow rate, magnitude, and stream time of each participant’s urine and then compares the data to see if there are any patterns between the bodily waste of healthy and unhealthy bodies. The smart toilet features several modules to measure molecular features in urine, such as white blood cell count and protein levels, which could indicate whether someone has a bladder infection.

Participants’ stool was also classified using the “Bristol Stool Form Scale,” which sorts people’s excrement into seven distinctive classes from “hard lumps” to “watery.” This is recorded along with the total time the individual defected. The first prototype smart toilet can detect things like constipation and infections, but the eventual goal is to spot any severe health problems like colon cancer. After an individual’s trip to the toilet is complete, the data and images collected are then stored in an encrypted cloud server, which is supposed to keep the information private.THE TECHNOLOGY COULD COST ANYWHERE FROM $300 TO $600 WHEN IT IS EVENTUALLY MANUFACTURED

The intention of the smart toilet is not to replace doctors or provide an official diagnosis, Sam Gambhir, chair of the radiology department at Stanford University and the senior author of the research paper, said. Instead, it is designed to monitor your bodily waste, identify anything out of the ordinary, and send anything suspicious to your doctor to help detect any health issues before they become severe. The research team hopes to have a second prototype functional “by the end of the year,” Park told The Verge. Ideally, they want the next prototype to help detect tumor DNA as well as viral RNA to help them track the spread of diseases like the novel coronavirus. But that’s a feature that is still on the team’s wish list; it has not been incorporated into the design yet.

Although this tech might seem like it would be found in doctor’s offices and hospitals, Gambhir “envisions the smart toilet as part of the average home bathroom.” Since the smart toilet is built as an add-on to a standard toilet, the technology could cost anywhere from $300 to $600 when it is eventually manufactured, Park says.

The idea of a toilet like this is nothing new, and it has been discussed by the medical field for many years. However, this incarnation poses obvious risks to one’s privacy. Park said that the research team conducted a surveydistributed to residents in the Bay Area and found that participants who own smart home devices like Amazon’s Alexa are “significantly more favorable” to having a smart toilet in their home. But there’s still a big jump from a smart toilet that can light up and play music and a toilet that knows you by your analprint.

PrevPreviousWill “immunity passports” get us outside?
NextBlood tests show 14% of people are now immune to covid-19 in one town in GermanyNext