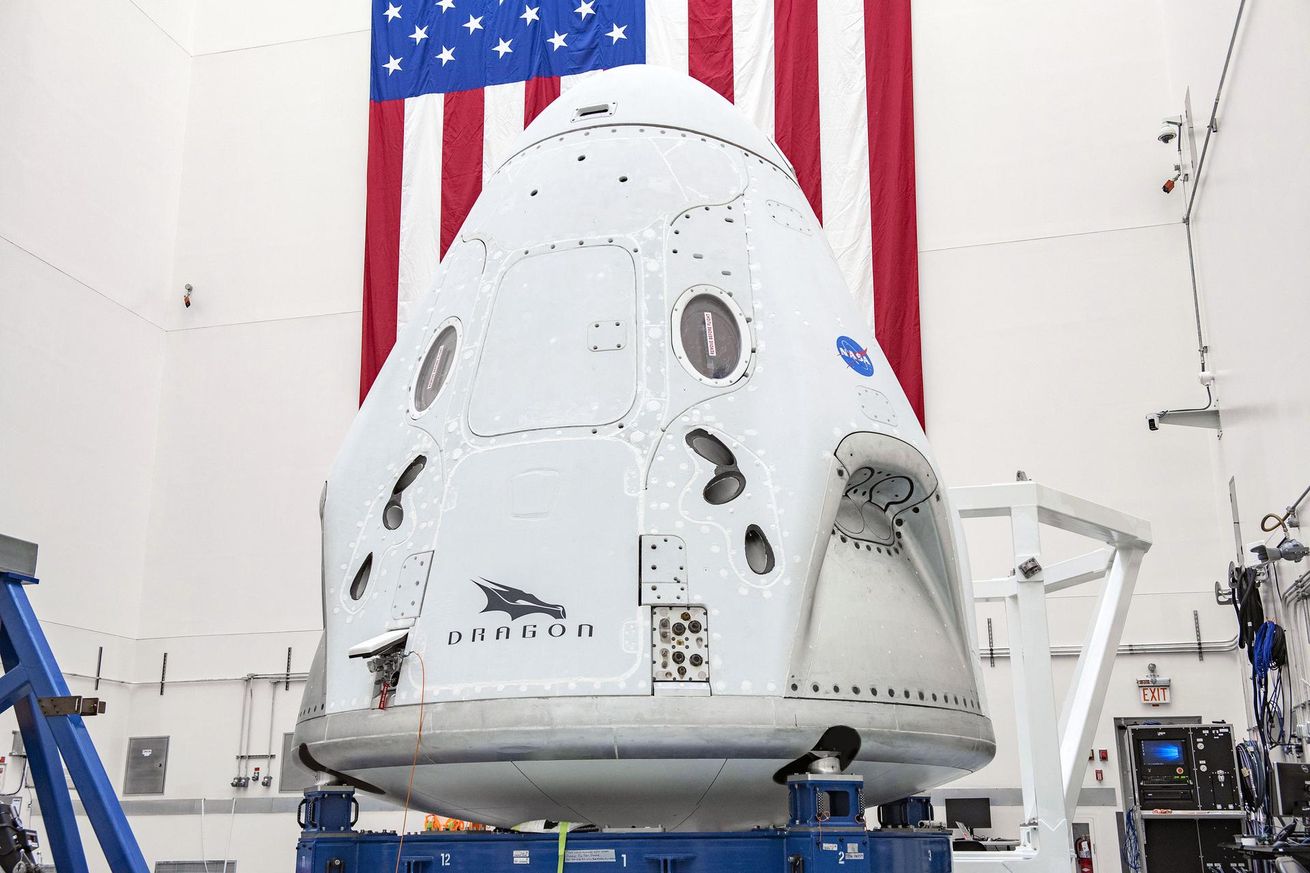 NASA and SpaceX are now targeting May 27th for the first crewed flight of SpaceX’s Crew Dragon — a newly developed vehicle designed to take astronauts to the International Space Station. The demonstration mission, which will carry two NASA astronauts to orbit, will mark the first time people have launched from American soil since the end of the Space Shuttle program in 2011.

This flight has been in the making for years, ever since NASA selected SpaceX and rival Boeing to develop new spacecraft to ferry astronauts to and from the ISS as part of the Commercial Crew Program. SpaceX has been transforming its Dragon cargo capsule —which has been taking supplies to the ISS for years — into a vehicle that can carry people. After six years of development, as well as various testing successes and failures along the way, the capsule is ready to finally carry its first passengers on a flight test. NASA astronaut Doug Hurley will serve as the spacecraft commander while NASA astronaut Bob Behnken will be the joint operations commander.

THE DATE FOR THE MISSION COMES AT AN INCREDIBLY DIFFICULT TIME

Of course, the date for the mission comes at an incredibly difficult time as the world is still battling the COVID-19 pandemic. The launch is set to take place from NASA’s Kennedy Space Center in Cape Canaveral, Florida. On April 1st, Florida Gov. Ron DeSantis issued a stay-at-home order for residents in the state to help combat the spread of COVID-19. Meanwhile, NASA has issued mandatory telework policies at all of its centres, with exceptions for essential personnel. However, the space agency says it is monitoring the pandemic as it prepares for the launch.

“NASA is proactively monitoring the coronavirus (COVID-19) situation as it evolves,” NASA said in a statement issued in March, when it sent out a call for press to cover the launch. “The agency will continue to follow guidance from the Centers for Disease Control and Prevention and the agency’s chief health and medical officer and communicate any updates that may impact mission planning or media access, as they become available.”

Regardless of who is there to see it, the first crewed flight for the Crew Dragon is a huge deal for both NASA and SpaceX. It’ll mark the first time that SpaceX has launched people on any of its vehicles, and the launch will help verify if the Crew Dragon is ready to start regularly doing flights to and from the ISS. The flight will also help end NASA’s reliance on Russia, which is the only country currently capable of sending astronauts to the ISS. A lot is riding on this mission, even if the timing is not ideal.