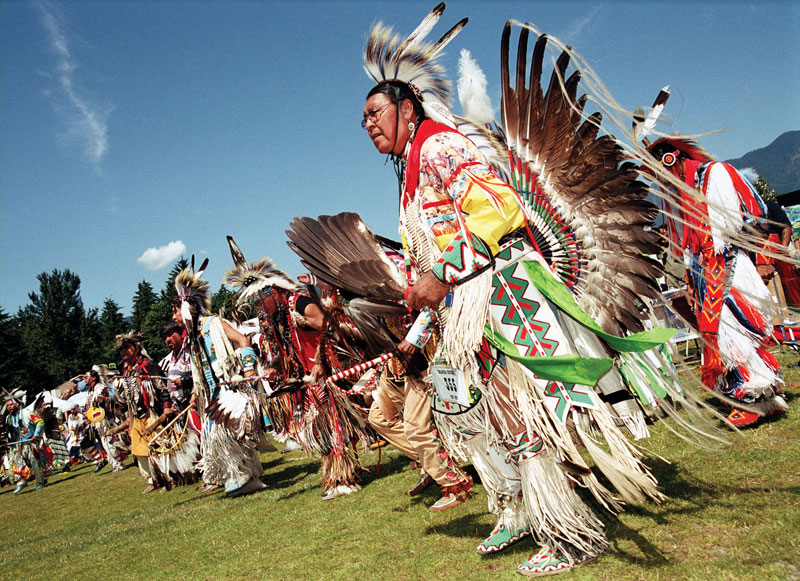 No matter the sport, fans’ love for the game—and for their favorite team—runs deep. That love fuels family traditions, community rivalries and hours of tune-in time. It’s also a love that’s central to American culture. But what happens when that sense of connection comes at the expense of a culture or heritage that has endured centuries of harm in the name of Americana? For many Native Americans, the appropriation of sacred symbols and propagation of stereotypes have been par for the course in American sports at professional, collegiate and K-12 levels. But many of today’s fans are saying it doesn’t have to stay that way.

Fans applaud the shift away from the appropriation of Native American culture as mascots. In fact, a recent Nielsen Fan Insights survey in collaboration with IllumiNative found that 46% of respondents believe teams are doing the right thing by changing their names and stopping the use of culturally insensitive mascots. For example, after years of pressure, the Washington Football Team finally retired the use of its former name and logo in 2020. The Cleveland Indians made a similar move at the start of the 2019 baseball season when it stopped using its former mascot, Chief Wahoo.

But 45% of fans want sports teams to do more than just stop using culturally insensitive mascots and names. They want them to end the appropriation of Native American culture as well, citing the harm it does to the community and the damaging emotional effects on Native Americans. And much of the appropriation starts in school sports, which the American Psychological Association says establishes an unwelcome and oftentimes hostile learning environment for American Indian students that affirms negative images/stereotypes that are then promoted in mainstream society.

The response to evolving consumer sentiment is also evolving, as the Cleveland Indians took their stance a step beyond retiring its old mascot when it announced in December of last year that it will change its name, which is perceived as more neutral in nature than its former mascot. The phased evolution of the team’s persona reflects how consumers have shifted from intolerance about offensive mascots to intolerance about any cultural appropriation at all.

In some instances, sports organizations and teams had good intentions, using Native American culture and mascots to honor the community. Crystal Echo Hawk (Pawnee), founder and CEO of IllumiNative, explains that what is intended as an honor can often have a demoralizing effect. “Native Americans are the only group being used as sports mascots, depicting our Native American communities not as people, but as ‘other’. It’s dehumanizing and objectifying.”

Not only do fans recognize that sports mascots are the primary means by which Native American cultures are represented on television, 50% of respondents in our recent survey acknowledged that options to see Native American culture or people are represented on TV were limited—especially in contemporary roles and not just historical context. Outside of team names and logos, Native peoples’ share of screen stands at just 0.27%—a figure about one-sixth the presence of Native Americans in the U.S. population today. Increased news coverage has broadened awareness of ongoing policy issues such as voting access and land rights, but when audiences seek out scripted content on TV that includes Native Americans, representation of Native American talent in lead roles is less than 1% in multiple TV genres:

More needs to be done to expand representation of Native Americans on their terms. And when it comes to championing social issues, sports are leading the way.  Nielsen Sports Managing Director Jon Stainer says the changing tide is another opportunity for pro sports teams: “Sports fans want more from the teams they love—beyond watching their favorite teams play their best, fans want their teams to represent their values. The racial reckoning in the U.S. has created a greater awareness, and sports fans expect their favorite teams to stand up for underrepresented communities and take a stand against cultural appropriation of Native Americans.”
Trading cultural appropriation in sports for the visibility that Native Americans deserve—representation that is defined by and not dictated to Native peoples—is a long overdue way to truly honor this underrepresented population.

No Touch ID on iPhone 15, but THIS iPhone may get exciting feature – HT Tech

Copyright © HT Media Limited All rights reserved. The expected launch of iPhone 15 series in the year 2023 is already creating buzz in the

Over the last couple of quarters, we started noticing that the Communications Authority of Kenya (CA) was reporting less on the state of mobile money

Apple may not bring TouchID to iPhone 15 or other high-end iPhone models, report says – The Indian Express

Apple won’t release a new iPhone with TouchID in the near future, according to Bloomberg’s Mark Gurman. In his latest Power On newsletter, Gurman shared

PrevPreviousFor Marketers Today, Reallocation Times (and Tools) are Critical
NextStreaming into the Upfront: What’s Next for CTV?Next