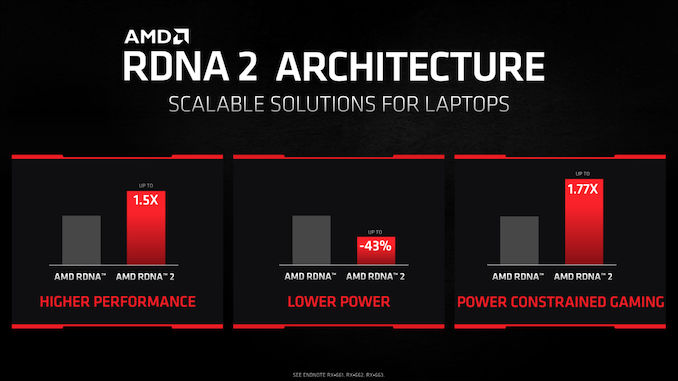 AMD made a ton of unveilings at the ongoing virtual Computex 2021 trade show. Among these was the announcement that the company was bringing its RDNA2 GPUs to laptops, and even mobile phones. Other than that, AMD talked about AMD Ryzen 5000G APUs being available to retail users, its new FidelityFX Super Resolution game upscaling technology and its new AMD Design Framework Initiative where it will directly collaborate with OEMs for ‘AMD Advantage’ branded products.

AMD has been conspicuously missing when it comes to Laptop GPUs. The market is dominated by NVIDIA and even Intel’s upgraded Iris Xe graphics had a lead over AMD’s Vega generation. This generation, AMD will be in a much better position to compete.

The long-awaited Radeon RX6000M graphics adaptors for laptops are based on the company’s power-efficient RDNA2 architecture. This is the same architecture used in the RX6000 desktop graphics cards. AMD is releasing three models under this range – the Radeon RX 6800M, 6700M, and 6600M. This will cover mid-range and high-end gaming segments.

The 40-core Radeon RX 6800M, which can be considered a mobile version of RX 6700 XT, is the highest clocked laptop GPU as of today and is being pitched as a fit for 1440p gaming. It will go up against NVIDIA RTX 3080.

The 36-core Radeon RX 6700M is aimed at 1440p and 1080p gaming. It doesn’t compromise much in terms of performance and has a slightly lower TGP as compared to Radeon RX6800M.

AMD and Samsung are partnering to bring RDNA2 GPUs to the Exynos 2200 SoC or the next year’s flagship Exynos chipset. This could give Samsung a competing edge against Qualcomm’s Adreno GPUs that are deemed superior to existing ARM Mali GPUs. AMD didn’t talk details, but Samsung will be talking about the SoC at a separate event later.

“AMD has partnered with industry leader Samsung for several years to accelerate graphics innovation in the mobile market, and we are happy to announce that we will bring custom graphics IP (Intellectual Property) to Samsung’s next flagship mobile SoC (System on Chip) with ray tracing and variable rate shading capabilities,” said AMD CEO Dr. Lisa Su at Computex 2021 event.

AMD Ryzen 5000G APUs are coming to the retail market 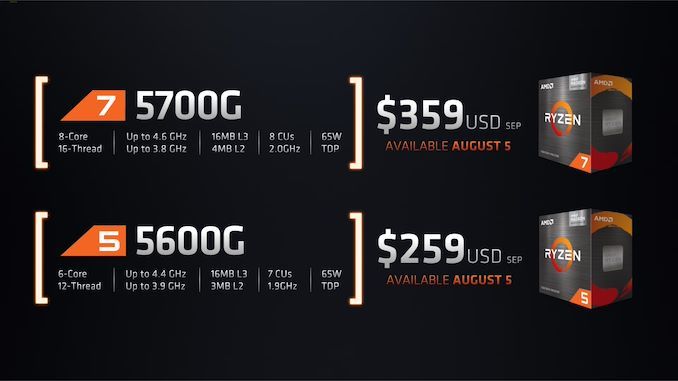 AMD announced its Ryzen 5000G processors with the latest Zen3 cores and integrated Radeon Vega graphics back in April, but only for the pre-built market. Today, AMD has announced that two of the six Ryzen 5000G APUs – Ryzen 7 5700G and Ryzen 5 5600G – will be available in retail markets starting August 5. 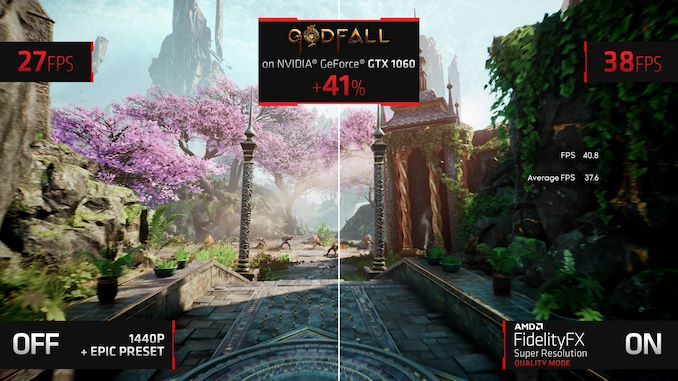 AMD also finally unveiled their FidelityFX Super Resolution game upscaling technology, which is an answer to NVIDIA’s very popular DLSS (Deep Learning Super Sampling). DLSS allows NVIDIA GPUs to render games at low resolution and then upscale them on high-resolution TVs and Monitors without a significant hit in quality.

NVIDIA is well ahead in the race with DLSS 2.0 and AMD will have some catching up to do. FideligtyFX Super Resolution technology or FSR will be open source and free for developers to use. It doesn’t require any deep learning hardware and will be supported on most AMD and NVIDIA PC and laptop graphics cards from the start. AMD will reveal more technical details when it launches FSR on June 22.

AMD Design Framework Initiative is a program that will let OEMs directly collaborate with AMD while designing their products, the same way as intel does with key Notebook OEMs. The initiative will include AMD being involved in key decision-making like picking the right CPUs, displays, storage, discrete graphics, and other optimizations for optimal performance.

The products thus built will be branded under the ‘AMD Advantage’ logo and will start showing up as early as June 2021.