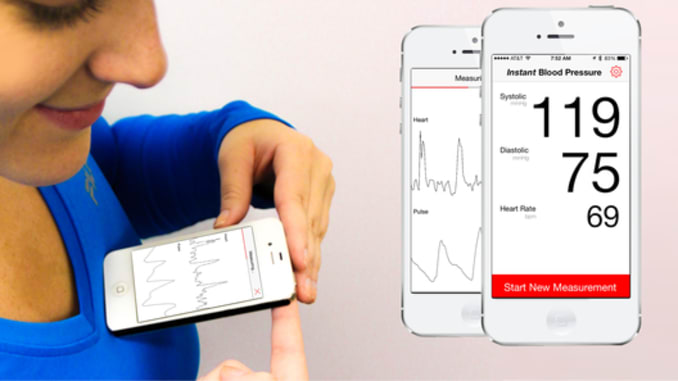 Doctors say one of the best ways to monitor patients with COVID-19 is by tracking their blood oxygen levels, which can show when they have dangerous breathing problems — even if they don’t feel short of breath. But along with toilet paper and digital thermometers, devices that measure those levels, called pulse oximeters, are hard to find. They’re either sold out or taking weeks to ship from major retailers.

With the devices out of reach, people are turning to questionable alternatives: the third most popular paid iPhone app last week claims to be able to measure blood oxygen levels through the phone’s camera, despite a disclaimer that says the app is not a medical device. On Reddit, some people fighting off COVID-19 say they’re using a health feature on some Samsung phone models to check their oxygen levels. Others say they’re using pulse oximetry features on smartwatches.

That concerns doctors. Despite their accessibility, research shows pulse oximetry apps don’t accurately measure blood oxygen levels, especially when they’re low. And relying on apps could be dangerous, says Walter Schrading, director of the office of wilderness medicine at the University of Alabama at Birmingham School of Medicine.

The apps are easy party tricks when you’re not sick: put your finger on the camera, get a normal oxygen reading. “You can see, I’m a normal human being, breathing normal air,” he says. But when someone actually has low oxygen levels, they’re likely to still give that normal reading. “They don’t work well when you actually need them to work well, which is when your oxygen levels drop,” Schrading says.

Schrading and colleagues evaluated three iPhone pulse oximetry apps in a study published in 2019 and found that they couldn’t reliably identify people who did not have enough oxygen. Their findings were consistent with other studies, which also found that pulse oximetry apps were inaccurate. A recent analysis from the Centre for Evidence-Based Medicine at the University of Oxford, which reviewed the research on apps in the context of the COVID-19 pandemic, also concluded that they are unreliable.

“Oxygen saturation levels obtained from such technologies should not be trusted,” the authors of the analysis wrote.

Apps don’t work well because most use a different mechanism to test blood oxygen levels than standard, medical pulse oximetry devices. The devices send two different wavelengths of light — usually red and infrared — through a fingertip, where there’s lots of blood close to the surface of the skin. Hemoglobin, the protein that carries oxygen in blood, absorbs more infrared light when it’s carrying oxygen and more red light when it’s not. The device calculates the difference to determine how much oxygen is circulating.

Smartphones usually only have white light, so they’re not able to get as accurate a reading. Samsung phones have a red light function, the Centre for Evidence-Based Medicine said, but they only use one wavelength and would likely be unreliable as well.

In addition, standard pulse oximetry devices send light wavelengths through the finger and read the results from a sensor on the other side. Smartphones send and capture the light from the same spot — they rely on the reflection of the wavelengths. That method tends to be less accurate and can be skewed by light from the environment.

Some models of Fitbit and Garmin smartwatches also have pulse oximetry features. Fitbit can track oxygen level trends during sleep, and Garmin can give on-the-spot readings. Their watches do use red light, but they use the less-accurate reflective method. They also take readings from blood flow at the wrist — which isn’t as strong as it is at the finger. Both companies note on their websites that their devices should not be used for medical purposes.

Accurate blood oxygen readings are important when people are trying to monitor any disease, but it’s particularly key for COVID-19. Usually, someone with a low blood oxygen level knows it — they struggle to catch their breath. If a person has a reading on a lower-quality oximeter that says they have low oxygen levels, but they don’t have those symptoms, doctors can usually assume the sensor just isn’t working, wrote James Hudspeth, the COVID response inpatient floor lead at Boston Medical Center, in an email to The Verge.

People with COVID-19, though, sometimes feel fine even when their oxygen levels are plummeting. That’s why some doctors want pulse oximeters given to everyone home sick with the virus: if they can come into the hospital as soon as their oxygen levels dip but before they’re gasping for air, they might be treated more effectively. But it also means doctors would have less confidence interpreting a pulse oximeter result that doesn’t match symptoms, Hudspeth said.

If apps can’t tell when oxygen levels are actually low, they could give a false sense of security to people who also feel okay. “This thing could read normal, but you could not be normal,” Schrading says. It’s a big risk, he says. “It would be dangerous to rely on them because they didn’t measure what they were supposed to measure.”

PrevPreviousDoctors are using AI to triage covid-19 patients. The tools may be here to stay
NextBill Gates says countries will probably use interviews and databases to track the coronavirusNext