Joe Biden still has to fight for the climate vote 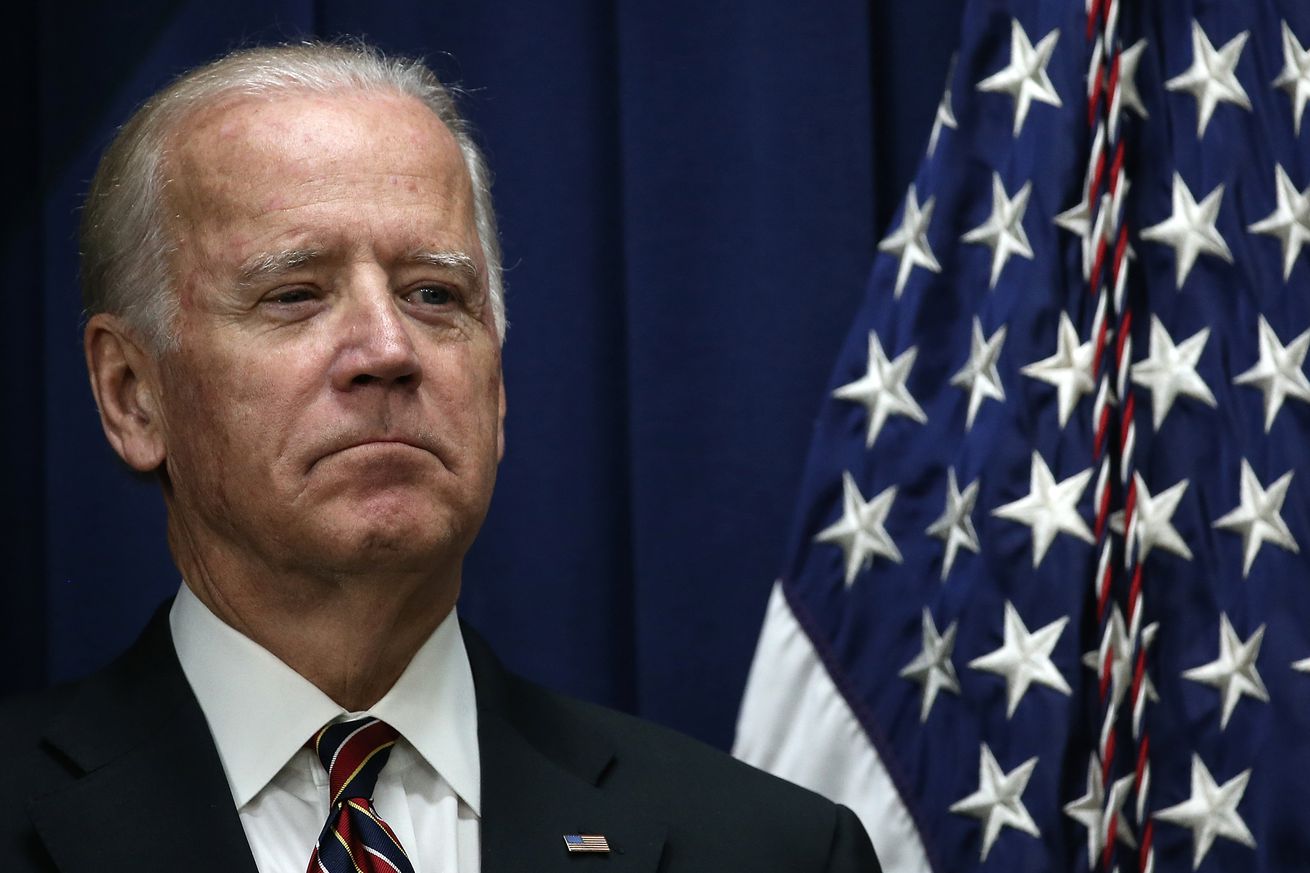 After endorsements from Sens. Bernie Sanders (I-VT), Elizabeth Warren (D-MA), and President Barack Obama, Joe Biden is now presumptive Democratic nominee — and the main alternative to a president who questions the science of climate change. But for many environmental groups, he’s still a hard candidate to fight for.

“FOR MANY ENVIRONMENTAL GROUPS, HE’S STILL A HARD CANDIDATE TO FIGHT FOR.”

“We have plans to mobilize against Trump,” Tamara Toles O’Laughlin, North America director for the environmental group 350 Action, said with a lighthearted chuckle when asked if her group planned to bring out voters for Joe Biden. “So I think that amounts to mobilizing our base of supporters and climate voters for whoever the general candidate is. That person is Joe Biden at this moment.”

350 Action had previously endorsed Sanders and Warren, and it’s one of the environmental groups that hold sway among young, progressive voters. For it and similar organizations, a much tougher stance on fossil fuels from Biden could be the difference between a lacklustre Democratic voter turnout for “anyone but Trump,” and a campaign that excites climate-concerned voters — particularly when it comes to youth.

“Our goal is to turn out our generation to defeat Donald Trump, and as it stands right now it’s going to be significantly harder for us to do that. Unless Joe Biden really shows young people that he’s ready to fight for us, then our job is going to get harder,” says Stephen O’Hanlon, a spokesperson for Sunrise Movement, a youth-led environmental organization that previously endorsed Sanders. It’s an influential group that has pushed for the Green New Deal and helped candidates like Sanders and Rep. Alexandria Ocasio-Cortez (D-NY) win over young voters.

“UNLESS JOE BIDEN REALLY SHOWS YOUNG PEOPLE THAT HE’S READY TO FIGHT FOR US, THEN OUR JOB IS GOING TO GET HARDER.”

Climate change emerged as a leading issue during primary races, consistently coming out as the topic Democrats cared about most after health care in places like Iowa and Nevada. By November of last year, climate change had climbed into the top five when it came to the single most important issue registered voters considered when voting for a candidate, according to a January survey from Yale and George Mason University. It was the top issue for liberal Democrats.

Among Republican voters, some of whom the Biden camp will likely need to steal away from Donald Trump in order to secure a win, climate change still isn’t polling well. But there is a generational divide among younger and older Republicans on the topic of climate change. Millennial Republicans are more likely than their older counterparts to say that they’re worried about climate change, Yale researchers found. “Young Republicans are much more convinced that climate change is real, that this is human-caused, and are worried about it. They want action,” Anthony Leiserowitz, director of the Yale Program on Climate Change Communication, told The Verge in February.

Some of the big green groups, including Sunrise Movement, Greenpeace, Friends of the Earth, and 350 Action, have already laid out what they want to see from Biden — and they haven’t been very impressed to date. Hearkening back to the Obama-era, as Biden has done time and again on the campaign trail, may not mean much to voters who were kids when Obama championed liberal ideas. Biden has campaigned on the promise of a sort of “return to normal” — an undoing of Trump’s reversal of Obama-era policy, which included many environmental protections.

Pretty much all of the Democratic primary candidates embraced similar science-backed climate goals of virtually eliminating fossil fuel emissions by 2050. But with a $1.7 trillion proposed budget, Biden’s climate plan calls for one-tenth of the investment in a climate that Sanders’ plan did. Sanders’ plan raised eyebrows for its $16 trillion price tag, but its embrace of a comprehensive Green New Deal won over environmental advocates. Sunrise Movement and 350 Action tell The Verge they’re now looking for at least a $10 trillion climate commitment from Biden.

Sanders will work with Biden on a climate change task force, Sanders announced this week after bowing out of the presidential race and endorsing his former opponent. That move — along with the creation of similar task forces focused on issues including criminal justice reform and immigration — looks like a bid to bring Sanders’ more progressive voters into Biden’s camp.

“[Biden] needs a plan to stop digging oil, gas, and coal out of the ground,” Ryan Schleeter, a spokesperson for Greenpeace, tells The Verge. Biden’s plan calls for an end to new permits for oil and gas on federal lands, which Schleeter says needs to be explicitly extended to coal as well. And unlike Sanders’ plan, Biden hasn’t gone so far as to call for an end to all existing operations pumping fossil fuels out of federal lands.

Biden just hasn’t distanced himself enough from fossil fuel interests in the eyes of the environmental groups The Verge spoke with. “He signed a ‘no fossil fuel funding’ pledge during the primary but then sort of skirted the edges of it,” Sunrise Movement’s O’Hanlon said. Biden was called out during a primary debate in September for planning to attend a fundraiser hosted by the co-founder of a natural gas company. After the criticism, he attended the fundraiser anyway. And after consistent pressure from environmentalists to end fracking for oil and natural gas, Biden has only gone so far as to say he would stop giving permits for new fracking operations on federal lands.

“[BIDEN] NEEDS A PLAN TO STOP DIGGING OIL, GAS, AND COAL OUT OF THE GROUND.”

Biden started off with a D- rating from Greenpeace when it debuted its environmental scorecard for presidential candidates last May. He rose to a B grade after he released a more detailed climate plan the following week. That showed that “Pressure will get to [Biden],” Schleeter says. “And his campaign has got to be aware of the fact that young voters particularly rallied around Sanders. Young voters care about climate change. It’s an issue that he needs to remain vocal on, and he needs to back that up with the policy specifics.”

On 350 Action’s scorecard for presidential candidates, Biden’s row is filled with question marks about his support for a Green New Deal, keeping fossil fuels in the ground and holding fossil fuel companies accountable for climate change.

“It’s difficult for us to translate to our base that we can be wholeheartedly supportive of someone who isn’t moving in the direction of the future,” 350 Action’s O’Laughlin says. When it comes to the question marks on her organization’s scorecard, she says, “I think we’re holding space for all of the people who are waiting to find out, are you going to be our climate president?”